**Classic hits filmmaking competition information (2017) is at the end.

“Tell me what you think about before you write a Grammy Award winning song.”

Bernie looked out the window. “I’ll have to tell a story first.”

Maxine pressed the red button on her voice recorder.

Bernie’s eyes moved back to rest on Maxine. “My adoptive parents got me when I was fourteen. I was a dark haired Crow boy suddenly mixed in with a bunch of white, blue-eyed farmers.”

“My mother knew that I was lonely and floundering. She bought me my first guitar and sent me to music lessons. The teacher wasn’t much help. But I’d take that old guitar out in back of our place through the corn fields to a big  oak tree where I’d sit and practice.”

“One day there was a woman there. She was beautiful; blonde, full-figured with long legs and huge….” Bernie grinned sheepishly.

“She was sexy but I still didn’t want her there. She stood, at least, a head and shoulders taller than me.”

“’What’s your name kid?” Her voice sounded like a frog with sandpaper caught in its throat. “Bernie doesn’t sound like a Cherokee name,” she commented after I’d told her.'”

“I shrugged my shoulders flippantly. ‘You don’t know squat about Cherokee…or C-R-O-W.'”

“She kicked at the dirt. She said that her nickname was Tiny and that it was a bad family joke. She also said that she’d heard me mutilating my guitar. She’d come to help… and to wait for the words. She looked at the tree strangely while patting its trunk.”

“We met every day for the rest of summer. She showed me things that my guitar teacher never did. I learned that she’d been a music teacher and that she came back to the tree because ‘she got lost sometimes.’”

“When I asked if my parents could hire her to teach me, her eyes blazed and she spoke harshly, ‘If you say anything about me, they’ll never let you out of the house.’”

“As the weeks passed, Tiny taught me to say what I was feeling with music. Then I reached a block. By this time, I was in full-blown lust  – or in love with her. One afternoon when we were getting nowhere she yelled, ‘What do you want?’”

“When I didn’t answer, she stepped closer and asked the same thing again, quieter this time.”

“Before I realized what I was doing, I blurted, ’I want to hold you.’”

“I would have curled up and died on the spot if she hadn’t been smiling. She told me to close my eyes and follow her directions. So I did.”

“She told me to imagine that the guitar was her –  to run my hands over its surface, to feel its curves and to let my fingers stoke the strings. ‘Hold me closer,’ she’d say, ‘Then let the music sing softly and slowly.’”

“She broke through my wall. After that, she’d bring her guitar and we’d make music together  – until fall came.”

“I remember the last time I saw Tiny. A cold breeze was blowing at sunset. I heard melody she played through my open window. It sounded crazed. When it stopped suddenly, I knew that I had to go find her. As I ran through the dry stalks of corn. I saw her guitar lying on the ground. I jumped over it, running faster. When I found her, she was barefoot, shivering and unresponsive.  I was terrified. Eventually, I screamed, ‘Tiny! What do you want?’”

“At this, she paused, turning toward me. ‘I just want to go home.’”

“She reached out a hand to cover my heart. ‘The difference between us, Bernie, is that I am yearning for home, but you are already there.’ Then she kissed me.”

Bernie reached up to trace a finger where Tiny’s lips had left an invisible mark.

A sad expression settled on his face. “A full moon rose up behind the bare branches of the oak tree. I didn’t realize, until later, that all its leaves had been there the day before. When she reached it, Tiny started running her hands all over around the trunk.”

“’Tiny, stop!’ I cried. She didn’t answer but kept frantically searching. ’There it is!’ she sighed, ‘I knew you’d show me the doorway sooner or later.’ She leaned into the tree hugging it like a lover.”

“‘You won’t be seeing me again,” she said over her shoulder.”But I’ll always hear you….” she paused, waiting for me to fill in the space.

“I couldn’t get anything out around the lump in my throat. I knew that she was waiting for me to tell her my Indian name.”

The unexpected silence that followed Bernie’s last statement was stifling.

Maxine blinked. “That’s it!  What happened to her?”

Bernie shook his head while reaching for his guitar, “That wasn’t part of the question.”

Maxine watched as he traced the contours of the tool that had millions of fans singing and humming his haunting tunes.

With eyes closed, he began to play and speak, “My Crow name is, Still Water Dancer.”

A soft, lilting melody filled the room. “My guitar is named after my muse, Tiny.”

Maxine leaned toward him, waiting for THE scoop of her career.

“Before I write one word or play one note, I say to myself, ‘Hold me closer Tiny Dancer.’

This short story was written for a 24 hour Writer’s Weekly writing contest. All or part of the prompt (listed below) could be used. The background and history of Elton John’s Tiny Dancer classic was woven into the story theme.

Story Prompt: The barren, tan corn stalks behind her snapped in the cold evening breeze, the only sound louder than the dry, fiery red leaves swirling around her tiny, shivering bare feet. She’d lost her bearings again and she hoped the dinner bell would ring soon. A gray tree with endless arms and fingers, devoid of any remaining foliage, loomed before her. She gazed at the odd markings on the trunk, which appeared to outline a hand-cut door of sorts. And, as she stared, it opened… 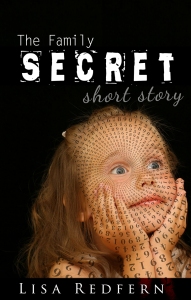 “Oh, John! You must come!” Angie’s holler drifted up into his office.

Breaking the pencil in his hand, John inhaled deeply. He exposed his teeth in a Wallace and Gromit style grimace that was intended to resemble a smile. His footsteps fell heavily on the stair treads as he made his way down to the kitchen.  Once there, he observed his eight-month-old daughter on hands and knees poking her finger in a puddle of drool on the floor.

Angie, in the same position next to Ella, pointed while exclaiming, “Look! She’s drawn the number three.”

“Huh,” he muttered, “It does rather resemble a number.”

John’s smile was genuine as he went back to work. He remembered thinking that maternity leave would be charming and serene. The reality was that moments like this were oh-so-brief.

He and Angie had had one of their worst fights when she told him that she didn’t want to return to work. John missed the wife who wound her hair into a bun, wore heels, challenged his theories, and studied journals with newly published papers in their field.

That woman had been replaced with a tennis shoe wearing mother in sports clothes who talked non-stop about her offspring.  “Ella’s special, John,” Angie said daily.

When Ella gained motor control of her fingers, she covered every flat surface in their house with numbers, numbers and more numbers. Instead of drool she used crayons, markers, paint brushes, and chalk.

“The angular gyrus area of Ella’s brain, the area that processes spatial information is much more active than we see in most brains,” the specialist told them.  “You may have another Einstein on your hands.”

“See John,” Angie commented as she settled their daughter into her car seat. “I knew Ella was more advanced than the other kids in her playgroup.”

Raising a gifted child was challenging. As Ella grew, she became increasingly demanding, dictatorial, and driven. Their social life became an inverse function. For every Facebook and Snapchat follower gained when they posted news of Ella’s accomplishments, the family’s real friends  – the ones they socialized with – reduced in quantity.

There was one area where all three family members enjoyed themselves. When Ella danced she was awkward and blissfully unselfconscious about her movements. Everywhere she twirled, things on tables and shelves spilled, broke, or were knocked to the floor.

The specialists could never explain why Elton John’s music ALWAYS evoked spontaneous dancing in Ella.  It made her parents laugh, even as they picked up in the aftermath of her events. This particular nuance of their daughter’s character, John and Angie agreed, would be kept quiet.  It was fun, albeit embarrassing; how could it ever possibly matter?

Ella and her parents survived her childhood. She graduated at the top of her class at MIT. She had a job waiting for her at the nation’s leading nuclear energy developmental firm. No one, at the time, knew that the department head where Ella was about to work was a former Elton John groupie.

Here’s a few Tiny Dancer tunes and Karaoke music to play with.

Filmmakers & directors are invited to enter a competition to create an official music video for Tiny Dancer, Bennie and the Jets, and Rocket Man