When I was 17 and living on my own…certain that I knew more about anything than anyone around me….I took a job for a few months as a janitor at an old folks home.

My friends and I called it the Home for the Nearly Dead.  It was at the edge of town like it was slowly being pushed out there to the precipice of living, far from view.

It was a sad and decrepit little place with peeling paint and linoleum floors and a funeral home next door. That part of town had its own zip code…and some of the townspeople called it the Hereafter, like it was a rest spot between living and whatever comes later.

I was dating a girl out in the sticks so I would regularly go thru the Hereafter to get near her…the way a teenage boy will for any girl.

Passing through one day I saw a ‘help wanted’ sign and answered it.  They hired me on the spot.

When I told my friends I had gotten a job at the Home for the Nearly Dead they all laughed.

The people there were so old we thought they were another species. Kind of human…but not like us. Not revving to run thru the days, not trying to make some girl, not getting loaded or sleeping on the beach, or trying to figure a way to make the world their kingdom.

That’s what life is like at 17. The world becomes a simple matter of speed.  And I was chasing things with all my might full of only the certainty that they would be caught.

I became the groundskeeper at the Hereafter. This meant I was a janitor and a painter for the aged and the dying. Trying to make the world look neat and trim, trying to make the calamity of isolation seem orderly, and trying to forever mop up the dread that seemed to settle in its halls.

I had to cut the lawn too. I would do it at night …after I got off my other job.  And then after midnight, I’d mop floors and try to make the place feel a little less lonely, like it could be washed away.

The lady who ran the place never gave me a hard time about when I did it…as long as it got done.

I can recall cutting the lawn at night a few times.  Drunk once or twice. I think I even snuck my girl in a time or two to some empty bed on the ward. The Hereafter was as good as any place to chase love…or at least the 17-year-old version of it.

I remember they didn’t pay much but I needed the money so we were a match. I guess they liked having someone around whose heart could still race instead of merely meander.

There was this old man on the main floor. His grown kids had abandoned him there.

That’s really what it is…they drive by a couple times, sign the papers, then drop an old man or woman at the far edge of town into the Hereafter.

This guy’s kids would come by once a month and, because he was hard of hearing, holler at him in a loud voice….. like he was a thousand miles away. I suppose in a way he was.

But he wasn’t an idiot…and I could see how much it humiliated him. To be yelled at by his kids…who felt like they had to make this pilgrimage every once in a while just so they could look into the mirror. I watched it a few times. It was like watching some bad rerun.‘How are you, Dad? Can I get you anything Dad?’

You know the routine. It was merely obligatory…like he was a stranger who just happened to have the same last name.

It was like they had a bill that said they owed love and respect ….but had forgotten the actual debt.

This guy was a plumber. He had crawled around under kitchens and basements on his hands and knees in tight spaces for 50 years. Whenever someone called and was drowning in their own houses he would grab a wrench and go. So he knew a busted pipe when he saw one.  And proud.  Fixing things for decades makes a person self-reliant and proud. And he truly believed there was nothing in this life he couldn’t fix.But he could barely walk anymore.

And try as he might there was never any way to fix the pipes of time he had left.

They were just worn out, stripped at the nut from so many days coursing through them. He was crawling under his last days and knew it.

He had spent years on his hands and knees and now just wanted to stand and walk. He wanted to wrench his way forward instead of staying stuck in the bed where they expected him to die.

So every night, very late… he’d angle himself off his bed and unsteadily grab one of those walkers with tennis balls on the legs and slowly drag himself one tiny uncertain step after another out into the hall. He’d only do it at night…when there was no one to holler at him about how he shouldn’t be up, shouldn’t be trying to move, shouldn’t be doing anything but lying in a bed  waiting on Death to finally find his room.

And late at night, we would meet unexpectedly sometimes.

The 17-year-old kid racing from job to job mopping the floors late at night and the eighty something plumber who, once again in a tight space, was trying to stand on his own two feet and walk through the hallways of the Hereafter.

I’d watch him some nights creep down the hallway. It was excruciating. The steps were so small. We got so we would nod and not say anything. I really didn’t know what to say to him.

I was a little afraid he would slip and fall on my mopped floor.

And I was afraid that Death was so close to him that it might take a hard long look at me if I got too close.

So I would watch him …not to help so much as to try to save my own ass if he went down.

And I got into the habit of waiting for him to make his great escape each night and to watch him struggle against his own failing flesh. I could see how much it hurt him to make those tiny steps…and how much it hurt him not to. And caught between those two kinds of pain each night he summoned up the will to demonstrate he was still living…to himself.

I found him one-night leaning against a wall in the dark. He had slipped….and could not quite regain his footing. I remember I was drunk…and so was unsteady myself. It was after midnight so the lights were off…except his room light with an open door at the end of the corridor. I saw him there…a shadow in the darkened hall….and stumbled over and grabbed his arm trying to lift him up. The unsteady 17-year-old and the unsteady 80 something leaning for a moment on each other.

His arm felt like a twig in November. Not really bone anymore, more like the memory of it. He hoarsely whispered to me “No, No, No,…I’m fine…’

So I let go…like a person building a house of cards lets go of the last card…and moves his hand slowly away…certain it could all come tumbling down any second.

Then in that darkened hall, that old man…a shadow in the dark crept away toward the light.

This was the first time I ever saw courage. And though at 17 I could not name it, I remember being in awe of it. Much later I came to understand it is usually found in the darkened hallways of any person’s days. It appears when the floor is slippery and when a soul is most unsteady.

I still think of him sometimes when I am not quite sure if I am steady enough.

I suppose that’s a kind of immortality. I suppose the best part of us, seen even at a distance can echo like that. Echo on for years.

The old man died a few days later. There was never a pipe he could not fix, except of course Time’s. It leaks in ways that cannot be repaired. He was a plumber.  A fixer of the leaks of life. Filled with a common kind of courage. So common it is hard to see.

And his kids…. who hollered at his deafness each month came and stood in his room… without a word… at last.

An old man loses his legs and he grows courage in their place. The torrent of it runs faster because there’s a hole in the pipe.

There is some strange arithmetic at work in the human heart. Take away something …something you cannot do without …subtract it…and the sum somehow becomes larger.

—————–
Will Maguire is a fellow short story writer whose path intersected with mine on Twitter.  His stories explore the depths of human experience and have a haunting quality that lingers. It is a pleasure to share his work on this blog. 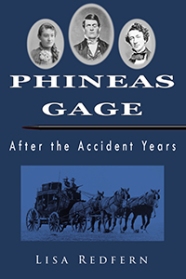 Western fence lizards and alligator lizards have a protein in their blood that removes the Lyme disease causing bacteria from the ticks that feed on them. Click on the profile link to learn more.
%d bloggers like this: